How to Get Larvitar in Pokémon GO

In this article, we will be talking about the cute little Larvitar. We will tackle a few official descriptions about this Pokémon, its stats, the evolutionary line, and where you can catch or obtain it in Pokémon GO.

It's quite a lot to unpack, so let's get started!

What is a Larvitar? 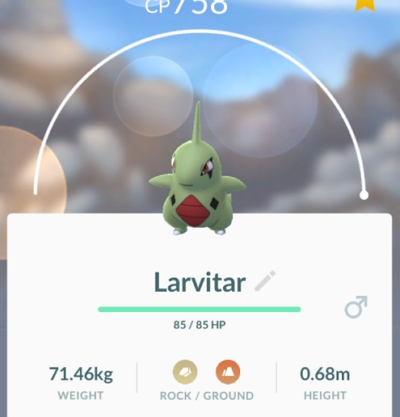 Larvitar is a Rock/Ground-type Pokémon that was first introduced in Generation II. Its appearance resembles a small bipedal reptile with a blunt spike on its head.

It has a round snout and is decorated with triangular markings all over its body. It might be small, but it packs quite a punch.

Most people would look for Larvitar because of its final evolved form, Tyranitar. Tyranitar is one of the most powerful Pokémon in the entire series with its powerful moveset and base stats.

It may be weak against multiple types, but no one can deny its offensive prowess that could eliminate an entire team.

But Larvitar doesn't have that much of an intimidating stature yet. Since it is a pre-evolved form, it possesses an underwhelming base stat line.

It has a base HP stat of 50 and a base Speed stat of 41. But, it does have a fair Attack stat of 64. These stats are understandable as they would only increase as it evolves.

Where Can You Find One in The Wild?

Every Pokémon has a general area type where it can normally spawn. In Larvitar's case, you can usually find it in mountainous areas.

A good sign that you are looking in the right place is that you can also spot Clefairy, Geodude, Rhyhorn, and Nidoran spawning in an area.

If you prefer specific locations, you could always use coordinates from different websites such as PKMN GO Trading. These types of websites offer different coordinates to various Pokémon spawns.

Additionally, Twitter and Reddit threads are also useful if you want to search for coordinates. Here are a few Larvitar nest coordinates that you can use on your quest to find one:

The coordinates listed are the confirmed nest locations for Larvitar, which guarantee an encounter or two. You can also check out the coordinates for a few Larvitar habitats.

However, habitats are spots where a specific Pokémon is only likely to spawn, so encounters are not as guaranteed as a Pokémon nest. You can check out the full list here.

Catch a Larvitar from Raid Battles and Eggs

Another method of obtaining a Larvitar in Pokémon GO is through Raid Battles. Larvitar is quite common in low-level Raid Battles and is quite easy to beat since it usually appears with low CP.

Although, it might still be best if you prepare a good team that has super effective moves against it just in case.

Eggs are also another way of obtaining a Larvitar since it is one of the possible Pokémon that could hatch out of a 5km Egg. Though, it isn't a guarantee that you'll get one once it hatches.

Larvitar is one of the most sought-after Pokémon because it evolves into a cool and powerful Tyranitar. However, it is not that easy to find one, especially if you aren't near areas of its general habitats.

If you want to go on a hunt for some Larvitar, you can try searching in mountainous areas.

You could also refer to various websites, Reddit threads, and Twitter tweets on specific coordinates for Larvitar nests which guarantees an encounter.

Heading to those nests could help since they spawn multiple Larvitars. If you have any questions about how you can get a Larvitar in Pokémon GO, comment down below. 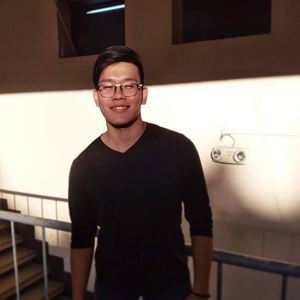