Among the countless Pokémon games that have been released throughout the years, it is without a doubt that Pokémon Fire Red is one of the most iconic.

This version features 1st Generation Pokémon walking alongside you as you explore Kanto. On the way, you get to catch wild Pokémon, battle trainers, and challenge gyms.

Leveling up your Pokémon is the main concept of all the games. As you and your Pokémon progress, they become stronger, learn new moves, and most importantly evolve into new forms with new base stats and types.

What is the Fire Red Rare Candy in Pokémon?

The concept of levels in the game makes things more exciting, but leveling up is not an easy task to do. Hours of dedicated grinding must be done for you to level up your Pokémon, especially once you reach the higher levels wherein progress is slower.

For those of you who aren’t fans of hard work, there are in-game items that will allow you to increase your Pokémon’s level by one. They’re called Rare Candies.

Rare Candies are rare but can be found throughout the game if you look hard enough. You might stumble across one of them in your travels, or if you’re lucky, your Pokémon with a Pickup ability could find one along the way.

You may also buy them at the Pokémon Battle Tower and at the Pokéthlon for a whopping 2000 Athlete points!

They are so hard to obtain that some people have resorted to the most convenient way they can think of—cheats.

Before we get into the nitty gritty details on how to get rare candies in the game through codes and such, let’s first go over some facts about the game.

Some would already know this, but Pokémon Fire Red is actually a remake of the original Pokémon Red version in 1998. The original version of the game was old-school.

It had the iconic pixelated graphics, minimal color scheme, and 8-bit music. The remake version of the game, Fire Red, has basically the same storyline and then some, giving players a nostalgic feel with additional features to explore.

Those added features include better graphics, updated type advantages and the ability to catch Generation 2 Pokémon. This makes it the perfect remake of an already established Pokémon game.

With these new advancements come more ‘creative’ ways to enhance your game. I’m talking about the codes and hacks that you can use whenever you want to accelerate your progress in the game.

Without further ado, let's talk about some of them and how to use them.

GameShark is a classic brand for video game cheat cartridges for various console systems. The process of using them is simple.

You basically load a specific code from the GameShark cartridge to the console’s memory. After doing so, the specific cheat will apply as soon as you launch the game.

GameShark codes can also be used in emulators. Some people would apply these cheats in emulators before applying them in the actual game to test the cheats. Here are the steps on how to apply the codes to your emulator:

In order to load a new cheat, you must disable the current cheat on the cheat list first.

Other items can be obtained by changing the last four digits while the master code depicts which PC Slot it appears in and the cheat as a whole.

Here are the master codes used with their respective PC Slots:

Every item in the game has its own unique code, which you can find on various sites such as Almer’s Guide.

Here are the steps:

The quantity of the Rare Candy might appear as 23, but in reality, the amount you can withdraw is infinite. Take as much as you want and try to beat the game with your overpowered Pokémon.

Rare Candies can truly accelerate your progress in the game, and through cheats you can speed up even more.

Just remember that Rare Candies do not increase EV or Effort Value stats, which makes your Pokémon relatively weaker despite its high level. Regardless of EV stats, you can still overpower your opponents via level gap.

With this in mind, you can utilize the various methods of applying cheats to your game. These include GameShark codes and emulator cheat codes.

If you have any problems and concerns with the functionality of these methods, please feel free to hit us up in the comment section down below. 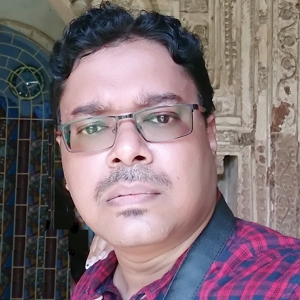 A tech enthusiast to the core, I make it a point to keep myself updated on the latest developments from the world of technology. Android and iPhone trouble-shooting is another aspect that interests me a lot, as do a few of the more recent developments such as self-driving automobiles, AI, and such.
Learn more