This game requires users to move around to advance in the game.

However, some people prefer to stay at home while playing rather than endure the elements outdoors.

If you are one of those people, don’t worry because Niantic has introduced new features that make the game more playable for indoor players.

Recent notable developments in this game are the Remote Raids and Remote Raid Passes.

This article guides you through what these are and how you can get and use them in the game.

Let’s get right into it. 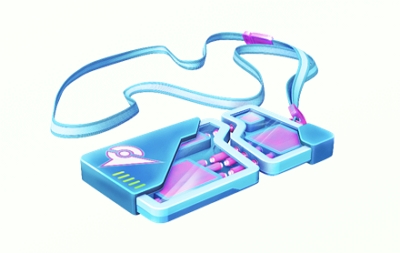 Raids have been an exciting feature in Pokémon GO for a long time now. It has also become a way to bring people together.

With this feature, you are given a chance to battle the Raid Boss with other Trainers and catch a rare Pokémon in the end.

Catching a Legendary Pokémon will always harbor everyone’s attention. So, Trainers will usually do everything to make this happen.

Remote Raids are exactly similar to the typical Raid, except you can now do all of these at home with the help of Remote Raid Passes.

These tickets allow you to join raids shown on the Nearby screen in the game’s interface without leaving the comfort of your own home. Pretty convenient, right?

The central theme of Pokémon GO is to explore and travel the world to find different Pokémon.

Regardless of these new features, the game still encourages you to go outside and move around.

With this, Niantic imposes restrictions on Remote Raiding to keep the game’s main theme alive.

One of which is that you can carry only three Remote Raid Passes. So make sure to use them when you can.

Another is to have only five remote players join a specific Raid simultaneously. This second limitation prioritizes players who are physically joining the Raid to reward them for their efforts.

Lastly, if you are to join a Raid using a Remote Raid Pass, your Pokémon won’t damage the Raid Boss as much as those whose owners physically entered the Raid.

These limitations might get annoying. But without them, people will rely solely on these Remote Raid Passes.

Nobody will participate in Raids physically anymore. Consequently ruining the essence of the game. Frankly, you could say that it wouldn’t be Pokémon GO anymore.

With the definitions and limitations out of the way, let’s talk about how to use a Remote Raid Pass. All you have to do is follow these simple steps: 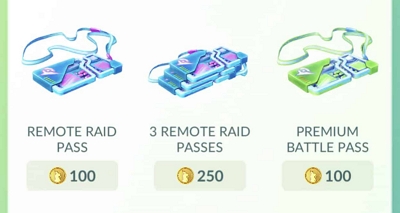 The process is pretty simple, and all you need is a Remote Raid Pass. You can also select a Gym through the in-game overworld map, but it is always more convenient to use the Nearby tab.

Raids are fun when played with other people. However, it’s hard to find others who’ll join the Raid with you.

Finding players for Remote Raids can be pretty challenging, especially when you are the only one who plays Pokémon GO among your friends. PokéRaid saves the day in these situations.

PokéRaid is an app that allows you to connect with other Pokémon Go players for Remote Raids. It is an unofficial app that enables you to safely play with other players worldwide.

So, it’s definitely a must-have! You can download the app in the App Store or Google Play.

Here are the steps to join a Remote Raid through PokéRaid:

Optional: You can always express your gratitude for joining the room by giving the host a rating of up to five stars.

It is a long but straightforward process that helps you join Raids with other people. The process will feel shorter and easier the more you use the app, so it's all about repetition.

Remote Raid Passes is a feature that allows players to join raids remotely from their own homes.

There are limitations with these Remote Raid Passes, so it is always better to physically join these Raids.

If you are looking for people to join a Raid with you, you can host or join a Raid Battle using the PokéRaid app.

It is an unofficial app that helps you connect with other people worldwide for Remote Raids.

If you have any queries or questions about Remote Raid Passes and PokéRaid, leave us a comment down below.