Pokémon GO is an augmented reality (AR) mobile game wherein you can train and catch Pokémon of different kinds and rarity.

Among the legendary Pokémon that you can encounter is Registeel. It is a pure steel-type Pokémon and is sought after due to its survivability in PvP matches.

However, you can’t find him with your efforts alone. You can only catch Registeel in five-star raids, and you will need a team of fellow Pokémon Trainers to catch him.

Some might no longer find this challenge appealing, but if you’re eager to add Registeel to your Pokémon collection, read on to learn more. 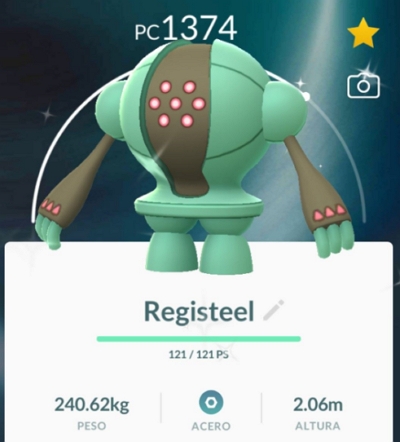 Registeel (also called the Iron Pokémon) is one of the three legendary titans from the Hoenn region, alongside Regirock and Regice.

Registeel is a steel-type Pokémon that was formed using magma. There was a brief period where Registeel was worshiped along with Regigigas and the other titans.

Humans sealed Regigigas beneath the Snowpoint Temple. So, Registeel and the other titans were sent to the Hoenn region.

In Pokémon Sapphire, Ruby and Emerald, you will need to find the Sealed Chamber to find and catch Registeel.

This quest requires you to decode a series of messages written in braille about the tale of Registeel and his fellow titans.

After solving the braille puzzle in the Sealed Chamber, you will then be able to enter the hidden chambers around Hoenn to finally meet Registeel and the other titans.

Here are the counters and weaknesses that will help you to catch this legendary Pokémon:

How to Find and Catch Registeel in Pokémon Go

The first way to get a Registeel in Pokémon Go is to trade with other Pokemon players for Registeel or any other legendary Pokémon.

To qualify for a trade with another player, your account must be:

To commence a trade for Registeel in Pokémon GO, go to the Friends tab and tap the Trade button. Also, get your friend to do the same. From there, pick Registeel to view the trade information and costs.

Trading will be an easier task if you have enough resources. Legendary Pokémons can cost up to one million Stardust but can go lower if you have them registered in your Pokédex.

But if you do not want to spend that many resources, you can expect that the titans of Hoenn, Registeel, Regice, and Regirock will soon be available to Raid Battles.

Raid battles happen when a Boss Pokémon takes over a Pokémon Gym. If you and your fellow trainers can defeat him, you will be rewarded with special items and the opportunity to catch the Boss Pokémon.

The game will let you know once a Raid Battle is happening near your area. You can also use the Nearby feature to locate any Raid Battles or accept an invite from a friend trainer.

You can always accept an invitation, even if you are far from their location.

If you and your friends ever come across Registeel in a Raid Battle, here are some counters to take note of during the five-star raid battle:

The target is to have at least six Pokémon Trainers in a lobby when approaching a Raid Battle to make it easier and more manageable.

Also, try to stack up on quality Pokéballs and Ultra-balls to further amplify your chances of catching this Iron Pokémon.

Another way to catch Registeel is by finding him during its Spotlight Hour. Spotlight Hour is a weekly event that puts a random, special, and surprise Pokémon in the limelight.

You can use lures in Pokéstops and incense while exploring locations to increase your chances of finding Registeel.

Once you find him, use your best catching tools, such as Ultra-balls and Razz Berries to capture him for good.

Registeel, like other legendary Pokémon, is hard to find and catch without the proper techniques.

You will also have trouble collecting him in Pokémon GO unless you can participate in five-star raid battles.

Hence, this guide will most likely help you find and add Registeel to your Pokémon collection.