If you catch two Pokémon while playing Pokémon Go, you may wonder which one to keep. Different Pokémon have different and you may benefit more from keeping one or the other. This can be true even if the two Pokémon are of the same status.

One of the best ways to figure out which Pokémon to keep is to find out each Pokémon’s stats and the quickest way to do that is to use a Pokémon Go IV Calculator. In this article, we will share with you the best IV scanners that you can use for this purpose.

What Is Pokémon Go IV Scanner?

Before we take a look at the top IV scanners, you may wonder what the values “IV” represents. IVs are a set of randomly generated numbers from 0-15, indicating added values of base attack, defense and stamina or HP stats of Pokémon.

Knowing the IVs associated with each Pokémon can help you determine how strong a particular Pokémon is when it is at its highest level.

For example, if you have two Pikachu with 112-96-111 IV values, corresponding to the states mentioned above and one of them has a value of 7-8-5, and the other a 15-15-15 value. The second Pikachu would be more valuable to keep.

But these perfect Pokémon are rare and most players find that they have to catch weaker Pokémon before getting even a single one with perfect IV values. A Pokémon with a perfect IV value can be just what you need to win Player vs. Player battles.

The following are the top IV scanners to use for Pokémon Go;

Poke Genie is a very popular Pokémon Go IV calculator because its calculator is one of the most accurate. It also offers additional, deeper stats that can tell you more about the Pokémon you have caught as well as let you know if you can solo a raid or not.

It comes with a scan history that allows you to see the Pokémon that you have caught and scanned previously. It overlays over Pokémon Go, but it also has a screenshot feature if you don’t want to overlay.

It is free to download, although some features are only accessible with an in-app purchase that costs $2.99. 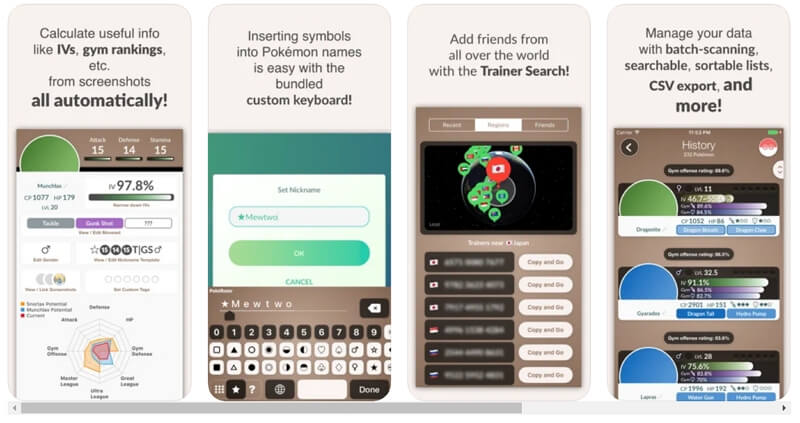 PokeRater will also take a screenshot of the screen, before calculating the IV value of the Pokémon you have caught.

It is very easy to use and it provides additional information including the power-up status per level and a prediction of the post-evolution CP afterward. It also generates a history page for all the Pokémon it has scanned in past.

The app is completely free to download from the App Store, although there may be some in-app purchases. It is also only available for iOS devices. 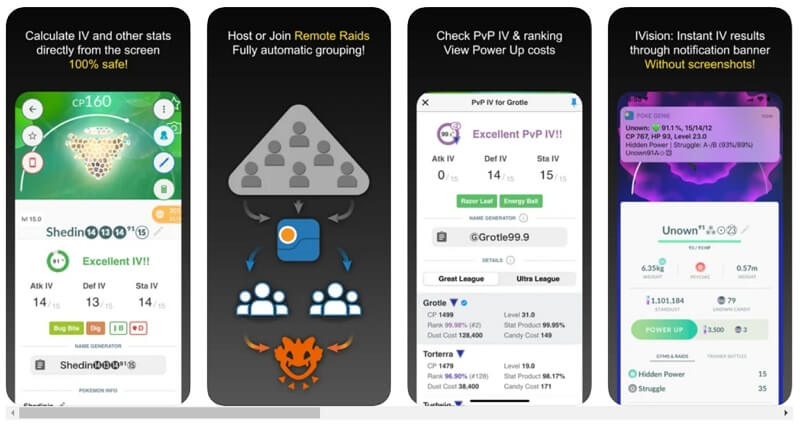 GoIV is a great tool since it overlays its controls on the game, meaning that you don’t have to exit Pokémon Go to use it. It also very conveniently records the Pokémon CP and the level you see on the screen.

If it is your first time using it, you will need to input your trainer level and team name. You will also need to grant it the permission to overlay and record the screen as well as test the screen function on any Pokémon to calibrate it.

Despite the fact that you have to grant it a number of permissions, the a doesn’t store any of your personal information or photos.

It is an open-source solution, meaning that it is completely free to use. But it only works for Android devices. 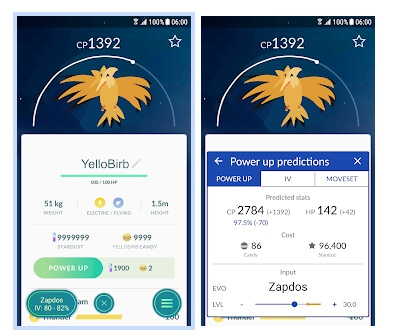 Calcy IV is one of the best Pokémon Go IV calculators. It generates a score for the Pokémon using its current CP, Level, HP, and other metrics to come up with an accurate score.

It is also one of the few apps that support nearly all languages, except Traditional Chinese. It works by taking a screenshot of the game and then calculating the IV from the screenshot.

It also has a Gym Badge progress reader, perfect counters for raid bosses, and renaming capabilities. The app can be downloaded for free, although there are several in-app purchases that can go up to $13.99.

If you have been playing Pokémon Go for a while, then you may have come across Silph Road. This is a very popular website that is dedicated to providing Pokémon Go players access to game resources including tasks, raids, eggs, and social groups.

Among the resources that you can get on the Silph Road is a simple, but very effective IV calculator. This IV calculator uses the trainer level, current CP, and HP to provide a value for a particular Pokémon.

You may get a more accurate value from other apps or websites, but the Silph Road can give you a rough idea of what you are working with. 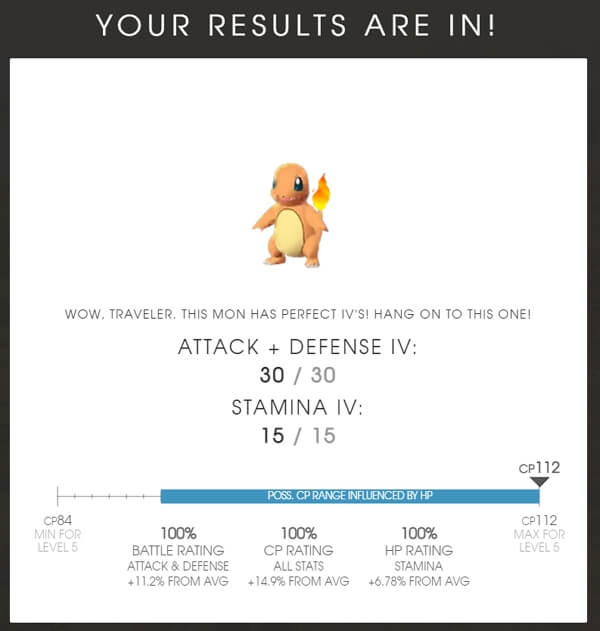 Which Automated IV Checking Apps May Trigger the Shadow Ban?

Any IV checking app that uses your Google Account can potentially trigger a ban. This is because the app uses your Google log in information to access Pokémon Go servers, which is exactly what the Shadow ban was instituted for.

Some of the apps known or suspected to cause a shadow ban include;

If you are looking for a way to get ahead in Pokémon Go, IV calculators can provide the information you need to make sure that you are catching the most valuable Pokémon every time.

But beware of tools that can trigger a shadow ban on your account; use only one of the 5 tools we have outlined above.