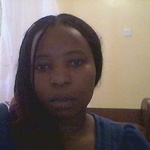 Elizabeth has been writing articles on technology for more than ten years. She graduated from Nairobi University with a BA in Media and Communication and has a diploma in International Relations from the United States International University (USIU).

She has been writing about technology for over 10 years now. Before coming to Foneazy she wrote technology-based articles, blogs, and whitepapers for various startup companies.

Her articles have been published in leading online technology websites and magazines including PC World and ComputerWorld.

More recently on Foneazy, she has focused on articles around mobile devices (both Android and iOS), how they work and the apps that are used on them.

Because of her expertise in technology, her articles and blogs have appeared on various technology forums and websites online including AndroidAuthority, and iFixit.

""I have always loved technology and writing. Working for Foneazy gives me the opportunity to learn more about how various types of software can improve the function of a device, and then share what I have learned with Foneazy's readers."

An HP EliteBook pro with Windows 10 installed on it, I also have a Samsung Galaxy S22 with Android 11. I have also access to an iPhone 11 and an 11" iPad Pro.

All Posts by Elizabeth Gathu